James “Pussy For Hire” O’Keefe is at CPAC!! 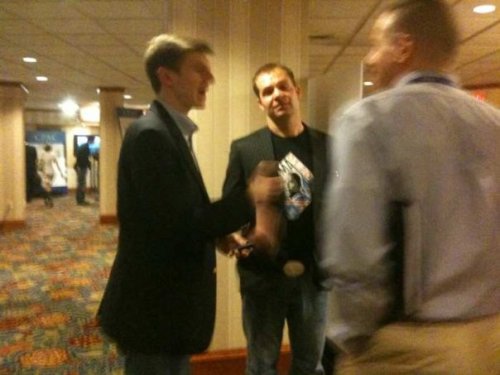 CPAC (Conservative Political Action Conference) has an interesting history of unusual attendees. Council of Conservative Citizens (formally the White Citizen’s Council, a racist based youth group called “Youth for Western Civilization” and this year CPAC is being co-sponsored by the fringe conspiracy racist/anti-Semetic John Birch Society.

Now, they have James O’Keefe who is now under Federal indictment for trying to illegally mess with the federal phone lines of Senator Landrieu’s office AND has recently been exposed as having close racist ties with racists Jared Taylor and Marcus Epstein.

So now David and Donna Keene are hosting not only racists BUT CRIMINAL RACISTS!!!

One response to “James “Pussy For Hire” O’Keefe is at CPAC!!”