THE STATE OF BRADLEY MANNING; WE HAVE ID’D HIS JAIL ABUSER!!!

A few posts back, we reported on a protest at the Quantico Marine Base where Manning is being held as a political prisoner.

Despite the failed attempts by the protesters to try to reach, contact and deliver a care package to Manning, hopes were that he was well. The fears are that he is being tortured by the biased and nationalist anti-freedom military who are keeping him there.

All of those fears have been confirmed in this report:

The lawyer for a soldier suspected of passing classified information to the anti-secrecy website WikiLeaks is alleging wrongdoing by a military jailer.

David Coombs said Friday he has filed a complaint under military law with the commander of the Marine Corps base where Army Pfc. Bradley Manning is being held in Quantico, Virginia.

The lawyer said in a posting on his blog that Navy Chief Warrant Officer 4 James Averhart abused his discretion by placing Manning on 24-hour suicide watch from Tuesday evening to Thursday afternoon contrary to the recommendation of the military jail’s own psychiatrist. 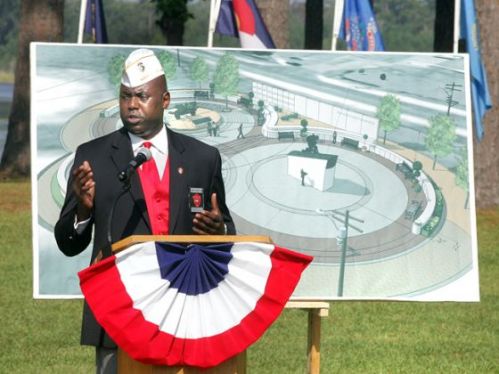 More about this scumbag theocrat here.