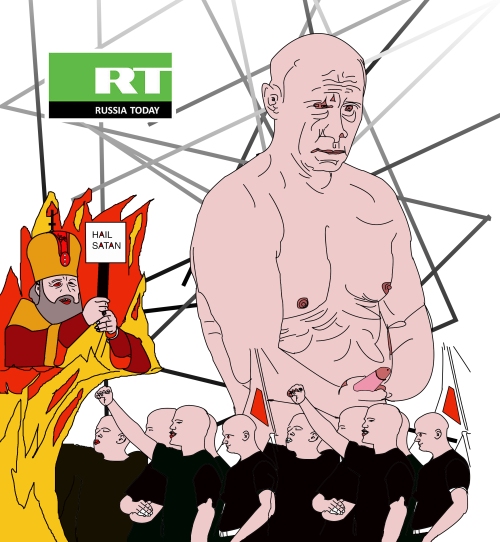 To start the week with LULZ

Comments Off on Russia Today

Updates on National Anarchist infiltrations in the New York area

In a recent interview with a fascist Dutch Magazine NATA‘s commander, Craig Fitzgerald, boasted that despite being rejected by all anarchists in NY for their support of White Nationalism and Holocaust denial, they are “Continuing to collaborate with groups as diverse as We Are Change, Occupy Wall Street, Earth First [Likely untrue, see update], the Libertarian Party and others.”

Here’s some of NATA’s most active faces. If his claims are true, hopefully these collaborators will find this post and kick the scum from their ranks. 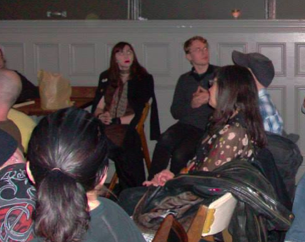 A former Columbia student and software writer currently living in Connecticut, Pomeroy skirts the scenes of “voluntaryism” (anarcho-capitalism) and Occidentalism (Nationalistic European romanticism). He joined the National-Anarchist fray this November by renting the backroom of a Williamsburg bar under the pretense of a birthday party. In reality, the event was a NATA social… 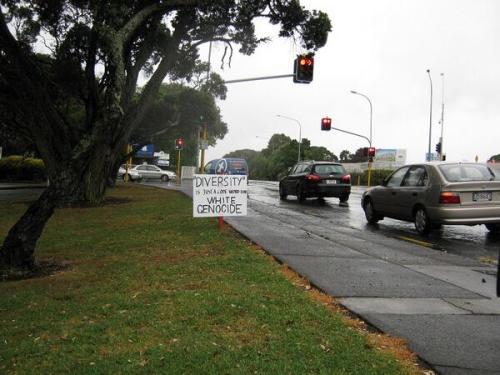 Apparently, there was a thing a few weeks past called the “White Man March.” The plot is the same one we’ve heard over and over and over– “White men! Demonstrate to protect your race from eradication! Diversity is anti-white genocide!” We didn’t write anything about this before it happened because we surmised that it would end up like every other sort of “mass global action” with minimal preparation– in complete failure. We should start playing the lottery, because we sure picked this right.

Kyle Hunt a 30 yr old neck-beard who lives in his rich father’s basement.

Kyle Hunt, the “man” who “organized” the “White Man March” reused a common tactic among people with no base and no capability to organize. That is as follows: quietly release a statement to sympathetic internet communities, promising a “mass day of global action.” The “mass” and “global” parts are key, because they prevent you from having to commit to any attendance figures at a set location– and you can issue a mewling, milquetoast press release after the action claiming “victory” because only five people showed up in three locations in various parts of the world. It doesn’t matter that your messianic hallucinations of throngs in the streets chanting your chants are hopelessly crushed as long as you are able to master the art of self-delusion and convince yourself that you are not a toothless failure. We also knew the “White Man March” was going to be a non-event when we saw the addendum to your initial press release: that attendees should try to blend in with the general public as much as possible, by wearing khakis, nice shirts and sunglasses. Well gosh! Not only are you incapable of committing to attendance numbers or locations, you’re also making it so that you can’t tell march participants apart from the general public.

So, your general strategy was to take a bunch of stock photographs of downtown cityscapes and exclaim “SEE?! LOOK AT ALL THE WHITE PEOPLE WEARING KHAKIS AND SUNGLASSES IN THESE PICTURES! WE HAD OVER NINE THOUSAND MARCHERS IN EVERY CITY!” wasn’t it, Kyle? 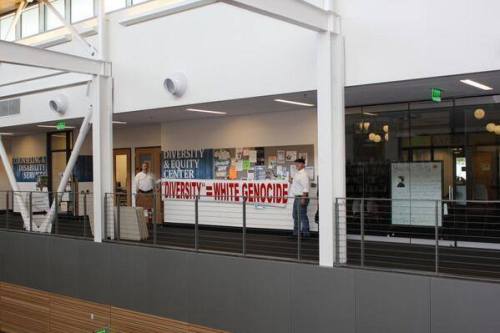 We’d be really embarrassed for Kyle and all of his cowardly, sniveling keyboard commandos who latched on to this anemic, empty gesture– if they didn’t already embarrass themselves by being white nationalists. Let’s prolong their shame by displaying a gallery of the “crowds of people” who showed up– and if you can’t tell by now, we’re being sarcastic. Remember, this is what “success” looks like to white nationalists like Brad Griffin and Kyle Hunt.

Syria: Who Are Assad’s Fascist Supporters?

Syria: Who Are Assad’s Fascist Supporters?
By Leila Shrooms
December 11, 2013

The Assad regime has won the support of fascists and far-right nationalist parties and organizations across Europe. These include the National Front (France), Forza Nuova and CasaPound (Italy), Golden Dawn and Black Lilly (Greece), the British National Party (UK) and the National Rebirth of Poland, Falanga and All Polish Youth (Poland).

Comments Off on Syria: Who Are Assad’s Fascist Supporters?

Getting organised to Stop the March for England – Brighton April 27th

For the last few years there has been an annual far-right event in Brighton held around St George’s Day in April. The “March for England” which is confusingly both an organisation and an event has held a march through the town to ‘celebrate’ St George’s Day since 2008.

Readers may be familiar with previous anti-fascist mobilisations against the far-right shambles. Campaign group Stop the March for England has organised thousands of local Brighton residents to take to the streets to oppose the racists, seeing them massively outnumbered and being escorted totally surrounded by police through huge crowds of jeering heckling Brightonians. In 2012 the route of the march had to be abandoned due to massive opposition on the streets and the MfE were chased all the way back to the train station.

Time for a Laff-Break: Rep. Steve Stockman Threatens Jail To Anyone Who Publishes His Mugshot

Someone hasn’t heard of the “Streissand Effect.”

“A Michigan official has removed documents from a state website that erroneously claimed U.S. Congressman Steve Stockman had been convicted of a crime in the 1970s,” Stockman spokesperson Donny Ferguson wrote on the campaign’s website. “Michigan’s 43rd Judicial District Clerk stated Stockman was never convicted of any charge and the documents were supposed to have been destroyed in 1978. Another Michigan official has advised Stockman he has grounds to file criminal complaints against any person or media organization that published the documents.”

Ferguson did not specify the name of the Michigan official who raised the prospect of criminal complaints, and did not reply to follow-up questions from TPM.

Stockman’s mugshot has been bouncing around the internet for weeks. The Texas Tribune last month published the arrest records, which indicate that in 1977 Stockman was arrested and initially charged with felony possession of Valium. The Stockman campaign now says that a district court judge in Michigan ordered in 1978 the matter dismissed and expunged.

Comments Off on Time for a Laff-Break: Rep. Steve Stockman Threatens Jail To Anyone Who Publishes His Mugshot

Tagged as Humor, if you strike me down I will become more powerful than you can possibly imagine, republican, streissand effect, texas, valium

Keeping up with the situation in Ukraine is, as with all volatile events, a full time job best handled by people at the heart of the matter. We’re not in Ukraine, but we do know people who are– the Autonomous Worker Union. Here is there is statement about the violent “pacification” of Crimea, and their plea for western leftists to “cut ties with the so-called “anti-imperialism” which comes down to the support of the Putin’s regime against the US.” 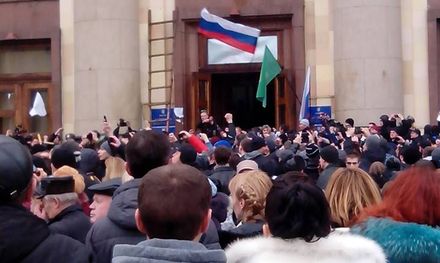 On February 27, 2014, pro-Russian chauvinists of Crimea, supported by Berkut riot police and Russian Black Sea Fleet committed military coup in Crimea. Right now it’s already obvious that the government of “Russian Unity” movement headed by Aksionov is no more than a puppet of the Kremlin regime.
We don’t regard Ukraine’s territorial integrity and inviolability of its borders as a value, we are against violent “pacification” of Crimea, but we think that the status of Crimea should be defined with due regard to the opinion of the Crimean Tatar minority.
The latest events show that Putin is not going to limit himself with the annexation of Crimea. The aim of the imperialist Kremlin regime is to expand the Russian practices on all territory of Ukraine.
Thereby the Russian regime proved to be the main threat to the interests of the proletariat at the post-Soviet area.
We are opponents of war and militarism. But we think that in this situation conscious proletarians can rely on nobody but themselves.
There’s no point in waiting for “rescue” from Nato. Ukrainian nationalist politicians can only organize defense of a part of territory at best. The war can be averted only if proletarians of all countries, first and foremost Ukrainian and Russian, together make a stand against the criminal regime of Putin.
Joint action by the Ukrainian and Russian proletariat and all progressive democratic forces which will put an end to Putin’s regime, will also mean an end to the current neoliberal-oriented nationalist regime in Ukraine.
While for the leftists and anarchists of the West it’s high time to cut ties with the so-called “anti-imperialism” which comes down to the support of the Putin’s regime against the US.
No war between nations, no peace between classes!

Comments Off on AWU Statement on Russian Intervention in Crimea