Mike Brown Was At Fault! 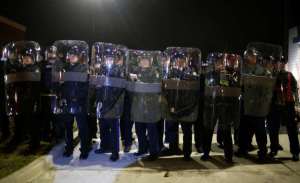 The verdict is in, is any one of us surprised?
I could say that I was, but then I would have lied.

It was known all along what the outcome would be.
Darren Wilson was innocent, why else has he been free?

Mike Brown was at fault, he should never have been born.
Didn’t his mama know from birth that her child would be scorned?

Those who came before us paved the way to where we are.
But when you look around you, have we really come so far?

Our pastors pray to God to stop those bullets made of lead.
And yet Emmett, Eric, Trayvon, Mike and Amadou are still dead.

Yes, let us pray to God to stop the racists with a gun.
And while we are at it, ask God to tell us what we’ve done.

Were we brought here against our will, or did we climb…

Comments Off on Mike Brown Was At Fault!

Oh VNN is Back 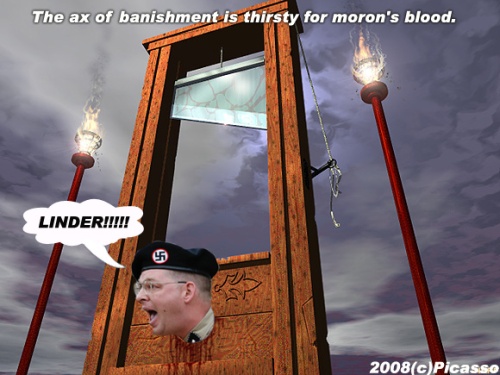 After holding his posters hostage until they dished out the dosh, Alex Linder, the proprietor of Vanguard Network News, reopened its door– we are assuming due to enough money lining his pockets.

Alex Linder’s forum is not new to the public eye, as it was the internet home to the mass murderer Frazeir Glenn Miller as well as a posting spot for Curt Maynard and Yankee Jim aka Jim Leshkevich,  both who murdered their wives in cold blood.

We had a little visiter from the VNN board who dropped this in our comment box:

This pathetic Polish Nazi (now living in Canada)   has a serious junkie addiction to the forum:

So VNN is back up, Linder’s pockets are full and he doesn’t even need a job to pay his bills while his crazy little Nazi net junkies get their fix of potential homicidal crazy.

Is VNN Down for Good?

Looks like Alex Linder is out of cash and has closed VNN but is it really down? Or is he just playing a grifter game to beg for bucks? 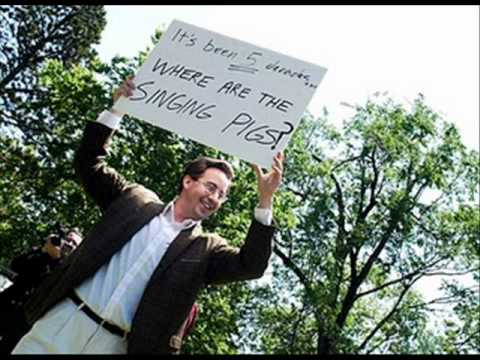 Peter Brimelow from VDare is Butt-Hurt 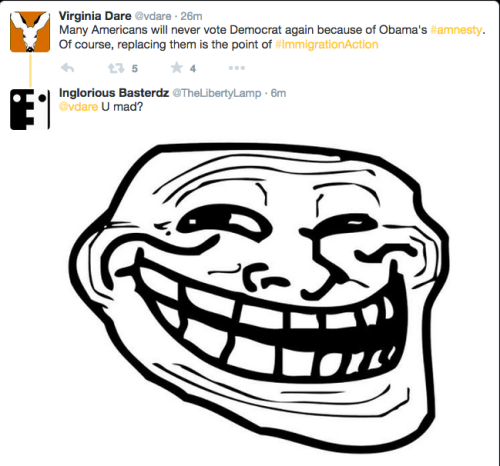 Comments Off on Peter Brimelow from VDare is Butt-Hurt

We have written up quite a bit on Anonymous in the past, but not so much as of late because the Internet hive-mind has been on a bit of a hiatus (aside from DOXing the KKK and some murderous cops). This hasn’t stopped others, however, from co-copting the name and images of the internet hacker group to use for their own propaganda and political agendas. You remember Jamie Jo Corne from years back— well, there is a new co-opter in town and she is like a Sarah Palin of activism.

Recently, there was a march in Washington DC called the “Million Mask March” which was promoted as an “Anonymous” event. But how “Anonymous” was it? The woman behind the event is Christine Ann Sands, who gives out her info as:

We encountered Ms. Sands (or WhateverTheFuckHerNameis) while covering the crazy right-wing tea party event “Operation American Spring” (another clusterfuck of lunacy). She was trailing behind their meager march and homed in on any press like a heat seeking missile. Seriously, the most dangerous place in Washington is between Christine and a camera. We didn’t pay her any mind as we found her incredibly annoying and self-absorbed. We did a bit of research on her claims of activist fame and chose to ignore her– it’s the most effective technique to deal with people who thrive off unwarranted self importance.

Although Wonkette did give her some less than complimentary face time, she vanished into obscurity until she popped up when amateur leftist media sources were paying attention to the Million Mask March event in November of this year.

Digging into who this person is, she is obviously not really an Internet hacktivist at all– she is merely someone who has done several strange jobs in the past.

We located a very interesting and pretty well researched pastebin on Ms Sands (or is it Mrs. Wahab?)

She does appear to be pretty well funded without any visible means of support ( she has a fancy painted up bus!) and even though her lunacy could very well be a ruse, she is apparently so flakey one would question if even the FBI would stoop to employ somebody this unhinged. She posted this long rant on her FB page:

Is there enough crazy here?

Is she trying so hard to play a role that she is overdoing it? On the other hand… damn, this woman has some serious issues with reality.

Why is Kremlin TV involved?

Digging further, we also noticed that the Kremlin-funded Russia Today was also promoting this event. We are not the only ones who noticed this, as right wing blogger right wing blogger Kevin Tracy points out. Unfortunately, Tracy’s article is not accurate. He fails to expose who is really behind this event, claiming it was put together by actual Anonymous hackivists when it was not. He also fails to mention when Russia Today violated campaign finance laws to give the similarly unhinged Adam Kokesh airtime to use to raise money for the Ron Paul campaign.
Getting back to Ms Sands, she herself has been the doyenne of Russian government media quite few times.
Like Adam Kokesh, besides trying to co-opt Anonymous and the Occupy Movement (as both have tried to do) both were also involved with the right wing racist Ron Paul.

Christine has some opposition as well. The fellows we found who have the biggest beef with her are a chap named John Fairhurst and his comrades from Anti-Media who claim to be the original organizers of the march. We would feel a bit better about the march if they weren’t also Ron Paul supporters, but they are, in fact Fairhurst even asks Paul to come as speak at the Million Mask March on facebook thread.

There has been a long simmering movement coming from the third-position right wing to try to co-opt and manipulate leftist movements. Ms. Sands is part of that third position/Ron Paul/ pro-military revolutionary crowd who is trying to mislead disenchanted leftists into supporting something nefariously masked that they would normally be opposed to. 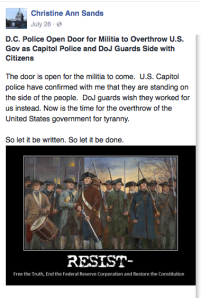 We also speculate that she is connected to Charles Kacprowicz– he of the extreme right-wing pro-military extremist movement Operation American Spring. She has promoted information of his event on her facebook page.

A word of caution for all leftists and anti-fascist activists: just because something looks revolutionary, it does not mean their goals are your goals. Ms. Sand is a right-winger and a conspiracy quack; she is tied in with pro-militia groups, Ron Paul and the right wing racist Russian government’s propaganda machine. The parallels between her and Adam Kokesh are almost identical.

A word for leftist amateur media- do your homework! Don’t be an unwitting propaganda tool!

Supporting this kind of façade is political suicide.

Comments Off on UnMasking the March

Comments Off on #SaturdayLULZ Oh the Irony…